Large earthquakes present a significant risk globally and addressing earthquake risk—both from the standpoint of life safety and damage/economic impact—is a significant societal challenge for virtually every element of the built environment, including energy, transportation, health, data/commerce, and urban infrastructure. The U.S. Department of Energy, in support of the safety of DOE mission-critical facilities, has long been at the forefront of building advanced capabilities for seismic hazard and risk assessment, and these capabilities can extend to broad societal benefit and impact.  Earthquake Simulation (EQSIM) is tapping the tremendous developments that are occurring in high-performance computing (HPC) to advance the understanding of the physics of earthquake processes, data collection, and data exploitation to help advance earthquake hazard and risk assessments. EQSIM application codes are removing the reliance on traditional simplifying idealizations, approximations, and sparse empirical data. Instead, the focus is on resolving the fundamental physics uncertainties in earthquake processes. Through EQSIM, regional-scale ground motion simulations are becoming computationally feasible, and simulation models that rigorously connect the domains of seismology and geotechnical and structural engineering are becoming accessible. This simulation-based approach to evaluating earthquake risk is opening an entirely new avenue for the deeper understanding of earthquake phenomenon; allowing for the very detailed, virtual exploration of significant earthquakes; and ultimately providing an important practical tool for earthquake risk quantification.

Traditional earthquake hazard and risk assessments for critical facilities have relied on empirically based approaches that use historical earthquake ground motions from many different locations to estimate future earthquake ground motions at a specific site of interest. Because ground motions for a particular site are strongly influenced by the physics of the specific earthquake processes—including the fault rupture mechanics, seismic wave propagation through a heterogeneous medium, and site response at the location of a particular facility—earthquake ground motions are very complex with significant spatial variation in frequency content and amplitude. The homogenization of many disparate records in traditional empirically based ground motion estimates cannot fully capture the complex site specificity of ground motion. Over the past decade, interest in using advanced simulations to characterize earthquake ground motions (i.e., earthquake hazard) and infrastructure response (i.e., earthquake risk) has accelerated significantly. However, the extreme computational demands required to execute hazard and risk simulations at a regional scale have been prohibitive. One fundamental objective of the EQSIM application development project is to advance regional-scale ground motion simulation capabilities from the historical computationally limited frequency range of ~0–2 Hz to the frequency range of interest for a breadth of engineered infrastructure of ~0–10 Hz. Another fundamental objective of this project is to implement an HPC framework and workflow that directly couple earthquake hazard and risk assessments through an end-to-end simulation framework that extends from earthquake rupture to structural response, thereby capturing the complexities of interaction between incident seismic waves and infrastructure systems (Figure 1). 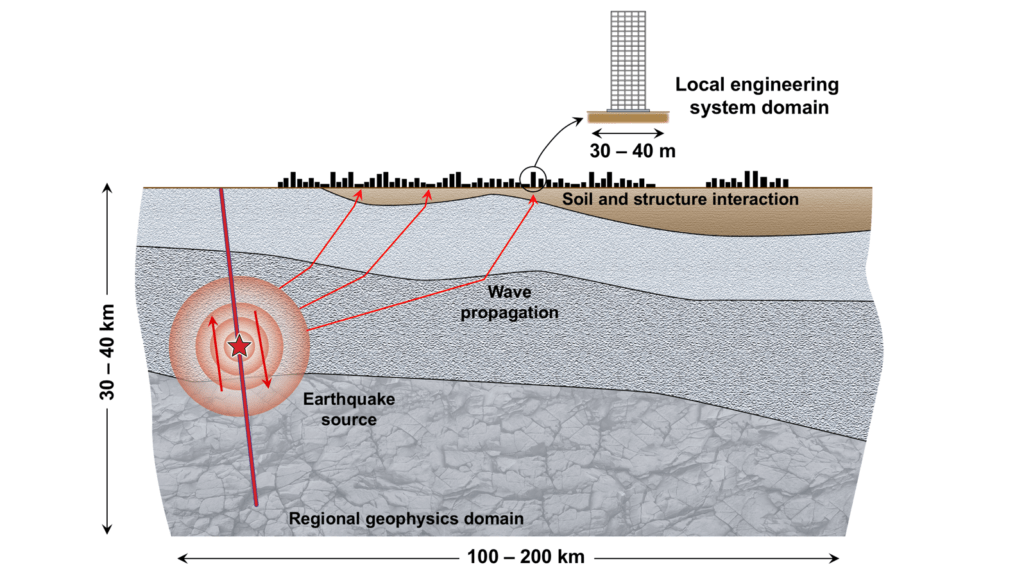 Figure 1. The multiscale computational challenge of fault-to-structure simulations starting from the earthquake source, continuing through regional-scale wave propagation in a heterogeneous earth at a scale of hundreds of kilometers (“Regional geophysics domain”), and ending at local interaction between complex incident seismic waves with a soil-structure system at a scale of 30–50 m (“Local engineering system domain”).

To achieve the overall goals, two fundamental challenges must be addressed. First, regional-scale forward ground motion simulations must be effectively executed at an unprecedented frequency resolution with much larger, much faster models. Achieving fast earthquake simulations is essential for allowing the parametric variations needed to span critical problem parameters (e.g., multiple fault rupture scenarios). Second, as the ability to compute at higher frequencies progresses, there will be a need for better characterization of subsurface geologic structures at finer and finer scales; thus, a companion schema for representing fine-scale geologic heterogeneities in massive computational models must be developed.

Figure 2. The computational model of the SFBA and snapshots of seismic waves emanating from a Hayward fault earthquake simulation at 7 and 14 s after rupture initiation. 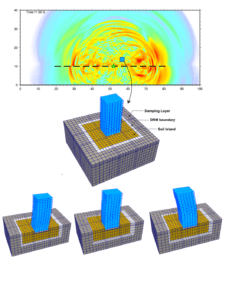 Figure 3. Coupling of a regional geophysics model (top) with a local soil-structure model via a DRM boundary (middle) and time snapshots of soil island-building response (bottom).

Figure of Merit (FOM) is a quantitative metric of the scientific work rate of an application.  As the code is optimized to run faster, the FOM increases.  Increasing the FOM is actually an enabler of more science. Running bigger problems faster provides for more realistic simulations because of the higher fidelity resolution of earthquake ground motions important to infrastructure systems. An increased FOM means major science advancement.

Significant progress was achieved in EQSIM performance that corresponds to significant increases in the EQSIM FOM from SFBA performance runs, as shown in Figure 4. The application FOM has increased from a baseline of 1.0 at the inception of the project (i.e., the first SFBA regional runs on the Cori computer at Lawrence Berkley National Laboratory) to a value of 189 in the most recent performance assessments on the Summit platform at Oak Ridge National Laboratory. The performance advancements were derived from both algorithm advancements and from the transition to GPU-based platforms, as summarized in Figure 4 and Table 1. 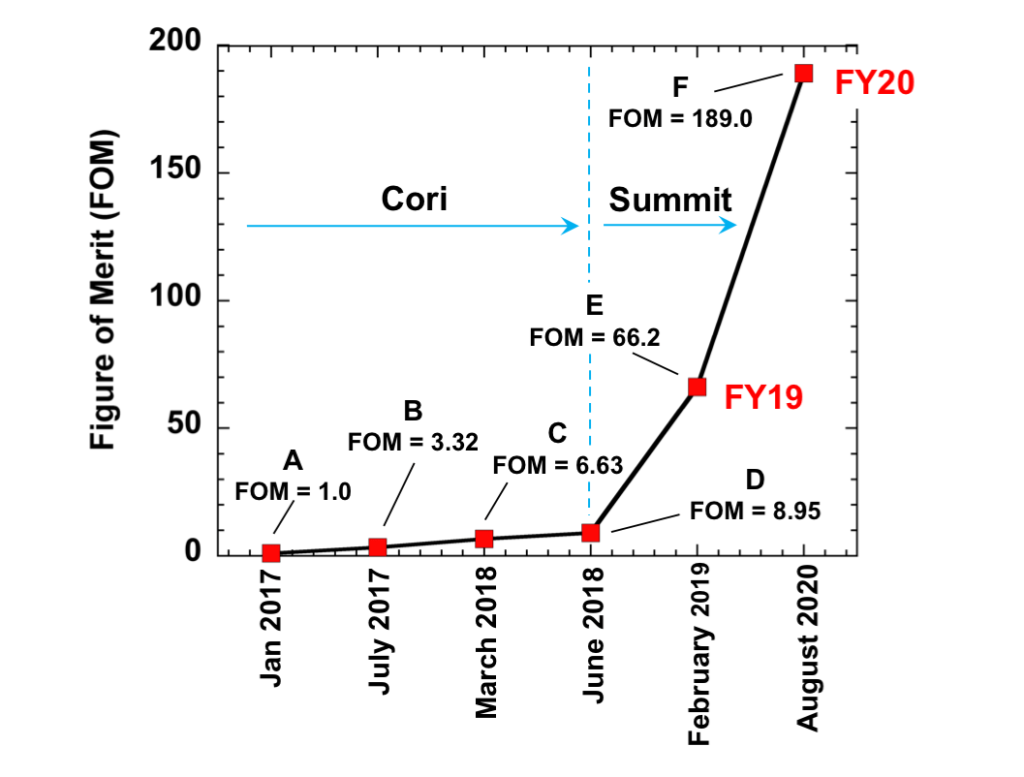 Figure 4. Advancements in the EQSIM FOM; benchmark performance tests A through F.

Several important advancements were made to the EQSIM framework since the project’s inception. These advancements are associated with four main areas, including: