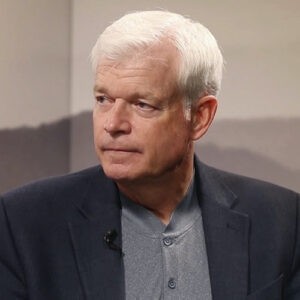 As the US Department of Energy’s (DOE’s) Exascale Computing Project (ECP) rolls into its sixth year, ECP Director Doug Kothe continues to propel the effort, drawing on the deep well of experience he has filled during three and a half decades of leading programs and building and overseeing highly specialized teams at DOE labs.

ECP’s first director, Paul Messina, recruited Doug. Just before joining ECP, Kothe was the Deputy Associate Laboratory Director of the Computing and Computational Sciences Directorate at Oak Ridge National Laboratory (ORNL). During his fifteen years at ORNL, Doug has also served as Director of Science at the National Center for Computational Sciences (2006–2010) and Director of the Consortium for Advanced Simulation of Light Water Reactors (CASL), DOE’s first Energy Innovation Hub (2010–2015). In leading the CASL hub, Doug drove the creation, application, and deployment of an innovative Virtual Environment for Reactor Applications (a 2016 R&D 100 Award winner), which offered a large and sudden technology change for the US nuclear energy industry.

Before his time at ORNL, Kothe spent twenty years at Los Alamos National Laboratory, where he was able to apply his education in chemical and nuclear engineering to a number of strategic programs.

Today, he is at the helm of a seven-year, $1.8 billion project that taps into the experience of more than one thousand of the brightest scientists, researchers, and computational experts in the country.

In this special Exascale Day podcast episode, we get Doug’s perspective on various aspects of the project and on the overall importance of exascale computing.

He reflects on why ECP was necessary, why and how the effort was launched, and how the staff, which he refers to as a “team of teams,” was identified and organized.

Such an enormous project is likely to produce the unexpected. Doug described the phenomenon that has left the most profound impression on him since ECP’s inception.

“The biggest surprise has been how more than a thousand researchers have integrated together, have worked together, have become codependent and networked,” he said. “That was probably, in my view early on, the biggest risk to the project—bringing together these people, one big group, one plan, with everybody on the same page. That integration has been a fantastic surprise.”

As for the most striking of ECP’s technical accomplishments, Doug highlights the Extreme-Scale Scientific Software Stack (E4S) and the application development endeavors.

“It’s [E4S is] a vertically integrated stack that brings in eighty-plus software projects,” Kothe said. “It’s crucial for us to be able to make these exascale systems and, frankly, even laptops and desktops, useful. So, our integrated software stack, E4S, is a fantastic accomplishment. It’s being released quarterly, and I think it will live for decades to come beyond ECP.

“Another accomplishment would be our breakthrough applications, which are focused on not just DOE mission problems but [also] problems of national interest—they are going to influence and affect our way of life. These are applications that will be able to address problems we could only imagine years ago—a significant accomplishment.”

He also addresses how the role of computing hardware accelerators in defining the ECP efforts has developed since the project began five years ago.

“The heterogeneity of our computational nodes now continues to evolve and become more and more challenging,” he said. “Accelerators—basically, I refer to an accelerator as a piece of hardware designed to accelerate certain operations. Accelerators have gone from being perhaps nonexistent on many systems to—looking at Summit here at Oak Ridge or Frontier when that system is up and running—to accelerators consuming or occupying about ninety-eight or ninety-nine percent of the possible operations. They have gone from somewhat of a novice thing to essential.”

Among other topics covered are discussions of workforce development, ECP’s enduring legacy, and exascale computing’s impact on industry.