It is well known in the high-performance computing (HPC) community that many (perhaps most) HPC workloads exhibit dynamic performance envelopes that can stress the memory, compute, network, and storage capabilities of modern supercomputers. Optimizing HPC workloads to run efficiently on existing hardware systems is challenging, but attempting to quantify the performance envelopes of HPC workloads to extrapolate performance predictions for HPC workloads on new system architectures is even more challenging, albeit essential. This predictive analysis is beneficial because it helps each data center’s supercomputer procurement team extrapolate to the new machines and system architectures that will deliver the most performance for production workloads at their datacenter. However, once a supercomputer is installed, configured, made available to users, and benchmarked, it is too late to consider fundamental architectural changes.

The goal of the Exascale Computing Project (ECP) hardware evaluation (HE) group is to modernize the metrics and predictive analysis to guide US Department of Energy (DOE) supercomputer procurements. Scott Pakin (Figure 1), the ECP HE lead at Los Alamos National Laboratory (LANL), notes, “Our main customer is the DOE facilities, who consider our work to be very valuable in determining the types of machines to be procured and configured. Our work can also be used by application developers seeking to understand the performance characteristics of their codes.”

Our main customer is the DOE facilities, who consider our work to be very valuable in determining the types of machines to be procured and configured. Our work can also be used by application developers seeking to understand the performance characteristics of their codes. — Scott Pakin, ECP HE lead at LANL 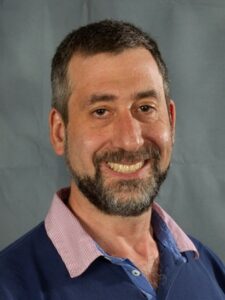 Many modern supercomputers now contain both CPUs and GPUs, which have their own separate memory systems and run according to different computational models. CPUs, for example, are general-purpose multiple instruction, multiple data (MIMD) processing elements in which each processor core can run a separate task or instruction stream. On the other hand, GPUs use a single instruction, multiple thread (SIMT) execution model that provides a form of coarse-grained task parallelism. Some applications require fine-grained MIMD processing, which means they can only run efficiently on CPUs, whereas others can run efficiently on both CPUs and GPUs, and procurement teams must account for this. However, future systems could contain devices that run according to a non-von Neumann execution model. Potential devices include coarse-grained reconfigurable arrays and future artificial intelligence accelerators.

The ECP must address these and other complexities. For this reason, the HE portfolio focuses on integration with facilities to answer the following questions.

Experience has shown that HE often serves as a bridge between application development (AD) and facilities in which AD is focused more on “here and now” performance. HE takes a more future-looking approach that can provide advance information to facilities. Nick Wright (Figure 2), the Advanced Technology group lead and National Energy Research Scientific Computing Center (NERSC) chief architect, notes, “Along with helping us define the characteristics of our production workload in a manner that is useful for future hardware procurements, the ECP HE effort has also provided useful information to our application teams to help optimize our workloads.”

Along with helping us define the characteristics of our production workload in a manner that is useful for future hardware procurements, the ECP HE effort has also provided useful information to our application teams to help optimize our workloads. – Nick Wright, Advanced Technology group lead and NERSC chief architect 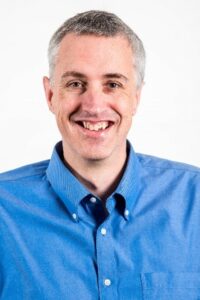 Modern GPUs support two mechanisms for moving data between CPU memory and GPU memory.  Programmer managed memory requires that the programmer manually allocate and  explicitly specify each data movement in terms of contiguous blocks of data on each device.  The relatively recent addition of GPU Unified memory with hardware support means that pages of data can be moved between devices automatically on demand, without explicit programmer intervention. In this way, unified memory can support the movement of complex and sparse data structures. (For more information see https://developer.nvidia.com/blog/unified-memory-cuda-beginners/).

Programmer managed memory is more difficult to use but can lead to superior performance if employed carefully because the programmer has the ability to explicitly specify fast, bulk data transfers and even choreograph the asynchronous overlapping of computation and data movement.  In contrast, unified memory relies on “smarts” in the hardware (implemented via the hardware memory management unit or MMU) to determine when pages of data are needed by either the CPU or GPU.  Sometimes, the hardware cannot minimize time consuming data movement as well as a knowledgeable programmer, but this is not always the case.  Overall, the ease of use and benefits of unified memory are hard to deny – especially as it is well suited for complicated data structures and access patterns for which the programmer also cannot determine the best way to transfer data between devices.

Programmer managed and unified memory are not mutually exclusive.  In fact, it is reasonable for an application to use programmer managed memory to transfer regular data structures (like a matrix) and unified memory to transfer irregular data structures (like an in-memory database or a graph).  Scott Pakin notes, the HE team investigated this use case and found that it can lead to excessive data movement, as shown in Figure 3. Part of the reason is that on current GPUs, memory explicitly allocated on the GPU takes precedence over unified memory that can migrate between CPU and GPU—even if the latter memory is more critical to an application’s performance.  As a result, unified memory can be repeatedly evicted from the GPU to CPU to make room then brought back as soon as it is again required. 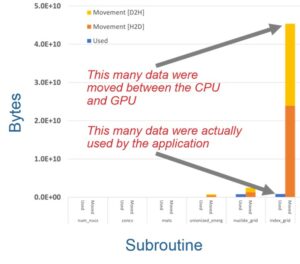 Figure 3: Identification of excess data movement between the CPU and GPU memory systems. (Source: the ECP.)

The team believes that this analysis capability will help guide the Facilities in future procurement, as well as guide AD in development and tuning activities.  It can guide Facilities by indicating where performance gains from increased core counts may begin to peter out.  At such a point, Facilities may favor CPUs with fewer hardware threads per node but more performance per thread.  Similarly, AD can utilize this capability to help identify the sources of reduced efficiency as thread counts increase.

On HPC systems, competition for network bandwidth can arise from multiple sources both internal to the application as well as from competing jobs running on other parts of the system. Some HPC systems are also designed so that I/O traffic is also routed across the supercomputer fabric, rather than though a separate storage fabric, which means that file and storage I/O can also cause network congestion that can slow application performance.

The HE team recently reported progress in understanding the effectiveness of network congestion management and quality of service (QoS) (i.e., priority levels) in the presence of I/O and other many-to-one (N:1) communication patterns. 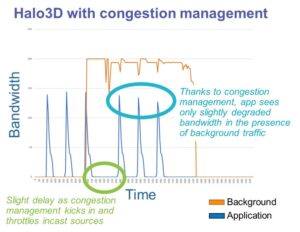 The team thinks this will help in the selection and configuration of supercomputer networks and storage infrastructure, as well as help avoid the worst-case network congestion scenarios.

In some recent work, the HE team used the roofline model to develop roofline scaling trajectories for two sparse numerical kernels, SpTRSV (sparse triangular solve) and SpTRSM (sparse triangular solve with multiple right-hand sides), running on GPUs.  This means they analyzed how changes to cache and memory access locality, warp efficiency, and streaming-multiprocessor and GPU occupancy relate to where the corresponding point appears on the roofline graph.  The challenge in performing this analysis is the kernels’ data dependencies.  To address this challenge, the team constructed directed acyclic graphs of these dependencies and used these to produce trend lines of application performance and arithmetic intensity for different amounts of concurrency.

The ECP HE team was formed to provide the ECP and DOE facilities with hardware knowledge and analysis capabilities. New hardware architectures, tiered memory systems, and other advances in computer architectures have required modernizing project metrics and the predictive analysis used in system procurements.

Once a supercomputer is installed and prepared for production runs, it is too late to consider fundamental architectural changes. The ECP predictive analysis effort is beneficial because it guides DOE supercomputer procurements toward the systems that deliver the most performance to the extreme-scale applications of interest to DOE.