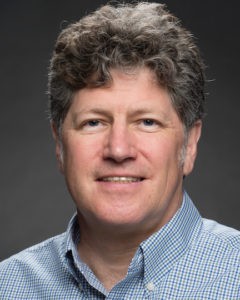 Thanks to a powerful new capability to probe the smallest known particles, comprehension of the nature of matter throughout the universe may be on the verge of a big leap.

Scientists will use calculations enabled by exascale computing to create high-fidelity simulations of the atomic nucleus to reveal matter’s organization and its interactions at the subatomic level. As a result, answers to challenging questions in nuclear and high-energy physics could be revealed, including the most basic one of all: what is the universe made of?

“Humans have always been curious about how the world around them works,” said Andreas Kronfeld, a theoretical high-energy physicist at the US Department of Energy’s (DOE) Fermi National Accelerator Laboratory, or Fermilab, where particles are propelled at nearly the speed of light to collide with each other. “We like to think that’s what distinguishes us from other forms of life on Planet Earth. We wonder about these things.”

Kronfeld is principal investigator of the LatticeQCD subproject within DOE’s Exascale Computing Project. LatticeQCD is a high-energy and nuclear physics effort to understand fundamental laws of nature and, perhaps, help discover evidence for new particles and new laws of nature in the process.

Adding to the Standard Model

In addition to the commonly known electrons, protons, and neutrons, atoms are also composed of other particles—such as quarks, muons, mesons, bosons, leptons, and photons. The Standard Model of particle physics contains all those and eight others, but scientists believe more exist.

“We have to think there are other particles in the Standard Model,” said Kronfeld, who has studied particle physics at Fermilab for more than three decades. “That is the basis for all experimental programs in particle physics. But we need a lot of really fast computers to figure everything out.”

Enter exascale computing. It could provide the power that LatticeQCD project algorithms need to simulate the nucleus of an atom for the discovery of particles that may underlie the known elementary particles. Thus, by capitalizing on exascale, LatticeQCD holds promise for deeper insights into the fundamental matter at the subatomic level.

A prime area of interest in the subatomic realm, for example, is muons. They possess a charge and generate tiny magnetic fields as they spin like a top. The strength emanating from the phenomenon is known as the magnetic moment. Physicists want to identify what influences the magnetic fields and how muons interact with quarks and gluons as a way to test the Standard Model of particle physics.

Measurements so far hint that something exists in the universe that scientists have not had the computing power to identify. Because the strong interactions between quarks and gluons represent almost all the mass in the visible universe, understanding them is key to explaining the universe.

At DOE’s Oak Ridge National Laboratory, Frontier recently became the first supercomputer to breach the exascale barrier, boasting 1.1 exaflops of performance and exceeding the target threshold of a quintillion calculations per second. The system will enable researchers to develop critically needed technologies for the country’s energy, economic, and national security missions, helping address problems of critical importance to the nation that lacked realistic solutions as recently as five years ago.

“We can do that—measure the quarks and gluons—but we need lots of computers to do it,” Kronfeld said. “To calculate the quark–gluon impact on the muon magnetic moment, you need to calculate to about a half a percent of uncertainty. Only in the past few years have we had the high-performance computing power to be able to find something really interesting. But we need more precision, and to crack that problem, we need exascale computers.”

The LatticeQCD team has devised six test computations to demonstrate the capability of exascale computing. Kronfeld said these tests can straightforwardly be generalized to a wide variety of different physical problems in nuclear and high-energy physics, deepening and expanding knowledge of the fundamental properties of matter, space, and time.

If cracks exist in the Standard Model, then the coming years of exascale computing should reveal them. “Whether our calculations and our colleagues’ experiments are up to the task, that depends on what nature has to tell us,” Kronfeld said.