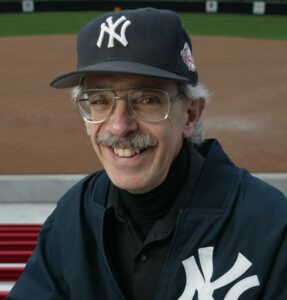 Understanding how molecules behave and react with each other is fundamental in designing new materials, pharmaceuticals, and other scientific applications that benefit the world.

Scientists have long used computer simulations to solve chemical problems and acquire knowledge of the structure and properties of molecules through calculations and algorithms. But gaining insights into some of the most complicated chemistry—such as reactions and the behavior of catalysts that facilitate chemical reactions—requires greater computer speed and function.

Mark Gordon, the Francis M. Craig Distinguished Professor of Chemistry at Iowa State University and a scientist at the US Department of Energy’s (DOE’s) Ames Laboratory, is principal investigator leading a group of researchers in developing and upgrading the General Atomic and Molecular Electronic Structure System (GAMESS) software for exascale computing. GAMESS can simulate chemical interactions of tens of thousands of atoms and model complex chemical processes. The team’s effort is funded by DOE’s Exascale Computing Project (ECP).

GAMESS, when updated with new algorithms and coupled with exascale computing, will enable scientists to attack the particularly difficult problem of heterogeneous catalysis. In the heterogeneous catalysis process, the reactant and catalyst are not in the same physical state of matter, such as a solid and a gas, which complicates the ability to model it on computers. The process is exemplified in an automobile’s catalytic converter, where a solid catalyst separates molecules and turns harmful gases into mostly nontoxic emissions. The chemical and energy industries rely heavily on heterogeneous catalysis.

“We can show that we can do this efficiently at exascale,” Gordon said, adding that he expects the code to be among the first to be run on Frontier. This new supercomputer, housed at DOE’s Oak Ridge National Laboratory (ORNL), is the first to reach exascale, with 1.1 exaflops of performance and a threshold of a quintillion calculations per second. The system will enable researchers to develop critically needed technologies for the country’s energy, economic, and national security missions, helping address problems of critical importance to the nation that lacked realistic solutions as recently as five years ago.

The GAMESS code uses mesoporous silica nanoparticles (MSNs), a heterogeneous catalyst for many reactions widely used in industry and that are synthesized in the Ames Laboratory. MSNs allow only certain desired reactants in and keep the undesirable ones out. When a solvent is added, the complexity of simulating the chemical interactions becomes enormous.

Researchers have simulated small systems of about 50 atoms, but GAMESS is poised to perform calculations on tens of thousands of atoms, thus approximating the real world.

“These are the highest level calculations anyone can do,” Gordon said. “There is a huge number of molecules, and we cannot represent them without exascale computing. GAMESS can handle just about anything you want to do in computational chemistry” if used with high-performance computers enabled by advanced GPUs. Traditional CPUs do not have the computing power to handle the calculations and algorithms for such a high number of molecules.

As a test for exascale computing, the GAMESS team ran calculations involving MSNs on the GPU-equipped Summit petascale supercomputer, operated by the Oak Ridge Leadership Computing Facility at ORNL, and addressed the challenge of rethinking algorithms that were designed for CPUs so that they can efficiently use GPUs. On Summit, the newly designed algorithms performed at 85 to 90 percent efficiency while using virtually the entire machine. That level of performance is essential for the study of heterogenous catalysis, Gordon said.

An open-source code, GAMESS is used by 150,000 people around the world. Gordon wants the features that are being added to GAMESS for exascale to become accessible to a large user base. “ECP and follow-on support will enable that to happen,” Gordon said, “by putting part of our effort into making the code as user friendly as possible, including the development of how-to videos for key functionalities.”

Gordon has led the ECP-funded aspect of GAMESS development at Ames Lab since ECP’s inception in 2016 and has been a professor at Iowa State for 30 years. Originally from the Bronx, New York, he is easily spotted as the scientist wearing a Yankees cap around central Iowa.